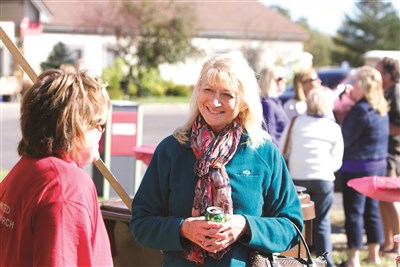 Many church planters face a similar problem—not enough funding to become sustainable in year five. This happens repeatedly, and your church plant is at risk if you don’t adhere to these principles. Unless you plan on being a bi-vocational pastor, take these to heart from the start.

Unless you plan on pastoring bi-vo,
take these to heart from the start.

1. You must launch large, or you will not make it.

To launch large, you must achieve 70 percent of your growth to sustainability in your launch window. Otherwise, your plant may not survive the diminishing conference support in the third and fourth years. For most, that means an average of 120 people attending (60 employed adults) in the third month of public worship.

2. Small groups are the key to a large launch that lasts.

A home group of eight to 14 people meeting weekly provides the “sticky” environment where relational, authentic discipleship can take place. Four to six solid groups with new groups starting at launch give you a base from which to launch large and retain new attendees.

Most do not grow much faster than 5 to 10 percent per year. That is slow when conference funding drops off at a rate of 20 to 40 percent per year. Hence the “launch large” rule. It’s unwise to launch small and hope to grow large in the third or fourth year. It rarely works.

4. Conference funding is conditional and limited to 3-4 years.

Field studies show that sustainability is generally known inside of four years. Excessive outside funding creates false security that hampers plant growth, thus delaying the inevitable. Conference funding is evaluated annually and provided only if growth benchmarks are met. Fifth-year funding is limited to bi-vocational planters to extend their pre-launch gathering work.

5. People give money in predictable ways.

Committed people will give about 3 percent of their income. That amounts to $120 per month per person with a $40,000 job. This is a good average to work with in projecting income. Furthermore, people will only give after they are relationally connected in a small group or something similar. Good preaching isn’t enough. This usually takes about a year.

6. It takes about 100 committed, employed people to make it in year 5.

That number will result in about $144,000 annually if giving is average (see No. 5 above). For most, that is what it takes to make it in the fifth year when conference funds end.

7. Bivocationalism is an alternate route, but only temporarily.

Bivocationalism can be smart at the gathering phase of a plant before you launch in order to help you network. After launch, however, a planter having two jobs tends to hinder a plant from growing, so it plateaus prematurely. There are always the great exceptions but most of us aren’t exceptional.