These are some of the adjectives used to describe how reading and discussing a racial justice book impacted Minnesota United Methodist churches. Over the past couple of years, the Minnesota Church and Society Ministry Team has offered grants of up to $300 to congregations throughout the state to purchase one of six books to read and talk about as a large body or in small groups. Nearly 20 churches have applied for and received grants—and the rewards have been many and diverse.

Because of the COVID-19 pandemic, groups met via Zoom—thus enabling more geographically diverse participants to join. Pastor Steve Reiser at Epworth UMC in Minneapolis said he “enjoyed connecting with folks both inside and outside of our Epworth community.”

Readers were from a variety of age groups, from youth to senior citizens. That was the case at Bethel UMC in Mound, where participants ranging from early 20s to late 70s read “How to Be an Antiracist” by Ibram X. Kendi. “This led to some interesting conversations as we bridged generations,” said Sophia Mahowald. “Just as Kendi’s journey and opinions evolved, so did ours as readers. We found that Kendi’s book brought out a lot of emotions and left people feeling vulnerable during the discussion…As a group, we learned how to listen to each other’s opinions with love, leaving the judgement behind.”

Many groups set up guidelines for discussions, including being respectful of others and listening with openness. This allowed for honest sharing.

“Our Parish—a three-point affiliation—used the opportunity to do the book study to become a ‘community’ who engaged and listened to one another through one of the most difficult books I’ve read—and many in the group felt the same,” said Pastor Kathy King, who serves Blooming Grove, Janesville, and Waterville Evangelical UMCs. They read “Massacre at Sand Creek: How Methodists Were Involved in an American Tragedy” by Gary L. Roberts. 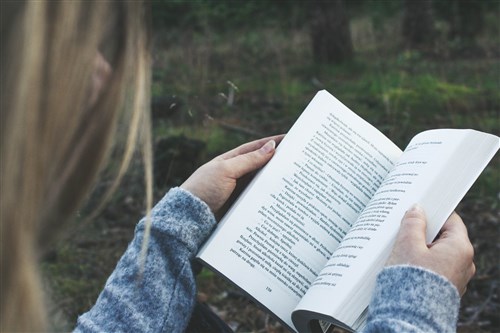 “We had opportunities to share our reflections about the impact the Sand Creek Massacre had on our Native brothers and sisters, on our United Methodist Church, and on our understanding of the role played by people who we’re called to show Christ to the world,” King added. “While much of our conversation was difficult, it led to a new parish-wide group interested in learning opportunities. A new [small group] book study came from this opportunity. Our focus will be on justice and how we can be instruments of God’s love to all people.”

The book studies have also led to some wonderful collaboration—which was the case for Richfield UMC, whose members read “How to Be an Antiracist,” and Aitkin UMC, whose members read “White Fragility.” After both churches finished their book studies, Richfield UMC member Gail Johnson and Aitkin UMC Pastor Dawn Houser together led a virtual book group discussing, “Everything You Wanted to Know about Indians But Were Afraid to Ask.”

Churches engaged in a variety of follow-up activities after their book studies.

At Coon Rapids UMC, the group decided to host online video viewing and discussion opportunities on various racial justice topics. Video links were provided so those who wanted could view it prior to a Zoom meeting to talk about it. Each video was also shown during the meeting and thoughtful discussions followed.

Meanwhile, Epworth UMC planned a gathering at George Floyd Square (38th and Chicago) that included sharing a meal from a business in that neighborhood while processing their shared experience and brainstorming other actions to take towards racial justice, said church member Shirley Durr.

Additionally, three members of the Mound UMC reading group formed a racial justice team at the church—and Lake Harriet UMC in Minneapolis invited four guests to help them process what they had read and were learning through “The 1619 Project.”

In the Wesleyan tradition, the Church and Society Team of the Minnesota Annual Conference seeks justice in a variety of social issue contexts. Its goal is to stimulate conversation, educate, and encourage one another toward biblically and theologically grounded action.

Church and Society also helps United Methodists play a prophetic role in bringing God’s vision of the beloved community into reality. To this end, the team offers Peace and Justice Grants on a regular basis to United Methodist congregations and ministry teams that believe God wants them to do a new thing in their local church and beyond.

Gail Chalbi is chair of the Minnesota Church and Society Team.