Dan Ziegler—who has overseen a Bible college and several camps—has been selected as the next director of Koronis Ministries in Paynesville.

Ziegler, who will move to Minnesota and begin his position in January, was chosen by a Minnesota Conference team of clergy and laity after a nationwide search. He succeeds former Koronis Director Mike McArthur, who resigned in August to pursue other opportunities.

For the past two years, Ziegler has served as administrator of Blue Ridge Mission, a humanitarian organization in Haiti that drills wells, repairs and installs pumps, runs schools and a children’s home, and distributes relief aid. Before that, he spent eight years as president of Rosedale Bible College in Rosedale, Ohio, which serves more than 100 students annually in an accredited two-year degree program. In that role, he doubled student retention rates, launched a capital campaign that raised more than $1.7 million for a new student center, implemented program enhancements identified through a strategic visioning process, and averaged more than $600,000 in annual giving—up 90 percent from the previous five-year average.

Ziegler also spent six years as the executive director of Spruce Lake Retreat in Canadensis, Pennsylvania, the largest Mennonite denominational camp and retreat organization, and one that serves more than 26,000 guests annually. He’s worked at several other camps in the northeast United States as well.

In his new role, Ziegler will be responsible for overseeing all aspects of the Koronis, including programming, staff, hospitality, financial management, capital improvements, and faith-building opportunities. Koronis has welcomed tens of thousands of people since it began in 1922. The camp hosted about 5,000 campers and retreat guests in 2014. 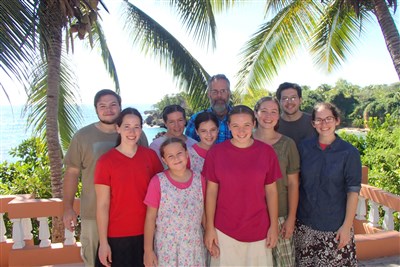 “Dan is visionary leader with a lifetime of experience, proven success in camp and retreat leadership as well as non-profit management, and a warm heart for Christian ministry,” said Keith Shew, director of camping and retreat ministries for the Minnesota Conference. “Dan’s done it all, from leading adventure programming to teaching outdoor school, from directing one of the country’s largest camps to presiding over a Bible college.”

Ziegler has a bachelor’s degree in camping, recreation, and youth ministries from Eastern Mennonite College in Virginia; a master of science in management from Thomas Edison State College in New Jersey; and a doctor of education in organizational leadership from Nova Southeastern University in Florida.
He’s excited about building on the best of what Koronis has to offer and enhancing the ministry in both its spiritual reach and its effectiveness. He sees significant potential to attract more visitors during the non-summer months.

“Ultimately, my hope for Koronis Ministries is linked to Camp Minnesota’s mission of raising up faithful, world-transforming disciples,” he said. “One of the most important commitments I’ll bring to this position is an unwavering focus on helping Koronis Ministries craft and realize a compelling vision for its future.”
Ziegler joins Koronis at an exciting time for the camp, which saw a 9 percent increase in the number of children and youth who attended in summer 2015.

Plans are now underway for a new tabernacle at Koronis—one that will honor the cherished memories and features of the original structure but that will better meet the needs of future generations. The new tabernacle, scheduled to open in 2017, is estimated to cost between $2 million and $4 million, and funding will come from individual donations from friends and supporters of Koronis and by reinvesting some of the proceeds from the sale of other camp properties.
Ziegler, who has extensive experience fundraising, looks forward to helping this project come to fruition.
Ziegler has a wife, Wendy, who has more than two decades of camp nursing experience, and six children—four of whom are adults and two of whom are still living at home.

“We’re passionate devotees of Jesus with a hopeful theology where Christ is working through his people to make all broken things right again—we want to be part of that great transformation, and so does Camp Minnesota,” said Ziegler. “In seven years, Koronis will celebrate its 100th anniversary, and my hope is to empower Koronis to reach that milestone with a vibrancy that enlivens the whole church community.”