More than 120,000 Hmong people live in the Twin Cities metro area, close to 40,000 of them in the northern suburbs—and yet, that area has very few Hmong churches.

When the local pastor arrived in Minnesota in 2013, he set two goals to complete before his retirement: Double the size of the congregation he serves, Wheelock United Methodist in St. Paul, and start two new Hmong churches.

He’s already completed the first—and he’s well on his way to accomplishing the second. He founded Northwest Minneapolis United Methodist Ministry, which launched worship on Jan. 10 and meets inside of Olivet United Methodist Church in Robbinsdale. Sunday School is from 10 to 11, and worship is from 11:30 to 12:30.

“To be a Christian is to spread the good news and bring people to Christ,” said Vang, a former missionary to Laos. “I want to live my life doing that.”

Toubee Yang, who’s been a member of Wheelock for two-and-a-half years, was assigned in January as the new ministry’s leader. For six or seven months prior to the launch, he was building relationships in the north metro. That was key to a successful launch. The new ministry has more than 30 in average worship attendance, about half of whom are children and youth, and it continues to grow.

“You don’t sit inside the office waiting for people to come to church,” said Vang, who mentored Yang and prepared him to lead the new initiative. “You look at the community calendar and go out and meet people.”

The pastors’ goal is to grow the ministry into a chartered church.

One of the things that Vang and Yang have learned about the Hmong community in Minnesota is that culture and belief are closely linked. Part of what they’re trying to convey to fellow Hmong people, many of whom grew up knowing but not necessarily embracing the Christian and Missionary Alliance denomination, is that you can keep your culture while adopting United Methodist beliefs.

Both pastors are very focused on reaching youth and young adults. Vang said most of the young people in their communities grew up in the United States and speak English. But the older generations, who immigrated from Southeast Asia, speak Hmong. Because of this, both Wheelock UMC and the new ministry have incorporated both languages into worship.

Members of Wheelock UMC are together for most of worship—but the English speakers go to a different area of the church toward the end of the service so that each group can hear a different pastor deliver the sermon in their preferred language. The new ministry isn’t yet big enough to have a second pastor, so Yang speaks a mixture of English and Hmong each Sunday.

“I want to help both groups understand the gospel,” said Yang.

The Northwest Minneapolis ministry aligns with the goals of the National Hmong Caucus of the United Methodist Church, which aims to start 12 new Hmong churches in the U.S. by 2020. Although there are more than 400,000 Hmong residents, there are now just 12 United Methodist churches throughout the country. Vang, an active member of the caucus, is one of the people working to increase that number.

In 2018, he plans to start another Hmong faith community on the east side of the Twin Cities, another area with a large Hmong population.

“God’s driving the vision, but we are there because God uses our eyes, our ears, our hearts, our hands to do the work,” said Vang. “If we are faithful to evangelize and we have the mind and patience to plant a church, it’s doable.” 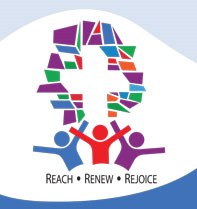 The Minnesota Conference is in the midst of a capital campaign to raise $3.7 million to start new churches and revitalize existing churches through three transformational processes. The campaign, Reach • Renew • Rejoice, calls for launching seven new churches, partnering with seven existing churches to launch new sites, and assisting 140 churches in revitalizing their ministries over the next seven years. The new Hmong ministry represents the latest progress in this plan. Here’s a look at progress in the first three years:


Christa Meland is director of communications for the Minnesota Annual Conference of the United Methodist Church.