Almost every time Rev. Pat Watkins introduces himself as a missionary for the care of God’s creation—an official designation through The United Methodist Church’s Global Ministries—it piques people’s interest. Many have even asked him, “How can I do that?”

This widespread passion around environmental issues prompted the development of a new program that aims to commission 500 people across the U.S. for creation care work within the next seven years. Called Earthkeepers, the program is the brainchild of Watkins, Minnesota deacon Rev. Susan Mullin, and Dan Joranko, a professor at Vanderbilt Divinity School who specializes in community organizing.

“In the past, we’ve thought of the environmental movement as sort of a sideline,” said Mullin, who used to be a professional geologist. “It’s an issue you could become involved in but not really at the heart of who we are as Christians. We see more and more signs that there are really significant problems with climate change, with the extinction of species, with what’s happening with the oceans. They are a wake-up call. This isn’t a side issue; it’s a central issue. The way we’re living isn’t aligned with God’s will for creation.”

Mullin describes Earthkeepers as United Methodists who are aware of the ecological challenges in our world today and feel called to be part of a movement to transform the world. They can be laity or clergy, students, part-time or full-time workers, or retirees. (Earthkeepers aren’t paid, although some may have a paid job that allows them to work on creation care projects.)

Earthkeepers will participate in four days of intensive training in creation care theology and community organizing, and then commit to 10 hours per month of providing leadership for a community project or advocacy campaign. Each Earthkeeper would select his or her own project or focus area. They could include efforts like creating community gardens in urban “food deserts,” advocating for renewable energy policies, working for environmental justice by cleaning up toxic waste sites, or creating a green team within an annual conference.

Applications for the first group of Earthkeepers will be accepted through June 30, and the goal is to have the first 40 selected by this fall.

Earthkeepers must commit to quarterly meetings with other Earthkeepers in their region in order to receive ongoing support and training. To create these regional groups, Mullin and Watkins are focusing 11 annual conferences from which they hope to recruit the first group of Earthkeepers: Minnesota, Northern Illinois, West Ohio, East Ohio, Baltimore-Washington, Virginia, Tennessee, Memphis, Holston, North Georgia, and South Georgia. (That said, Mullin encourages anyone interested to apply, particularly if they know others in their area who are also interested and could be part of the same regional group.)

Earthkeepers will be a program of Global Ministries within The United Methodist Church and housed within a new Center for Mission Innovation in Atlanta, which is expected to open in August.

“Many people have thought of God’s creation in terms of advocacy but not as a valid mission of the church,” said Watkins. “God’s creation is as appropriate a mission field as Nigeria or the Philippines or wherever else. In order to be in mission to God’s people, we have to be in ministry to God’s creation.” 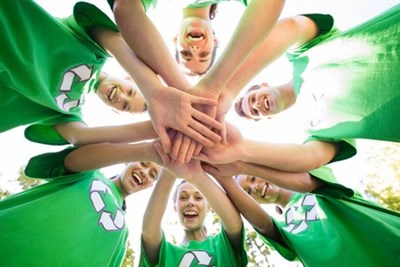 What’s particularly unique about Earthkeepers is that its focus is on communities rather than the church, said Watkins. It’s within communities where solutions lie and where they can best be identified and implemented. But a lot of those who are passionate about creation care aren’t sure how to organize and engage people around a common cause. That’s why the training and the quarterly meetings will be so critical. And churches may want to become connected Earthkeepers’ projects in their areas.

“If we can train people on how to begin to implement community-based solutions, then their project or campaign proves to be relevant, our hope and prayer is that local churches in that community will want to be part of that,” said Watkins.

Mullin and Watkins both plan to serve as Earthkeepers themselves—and they see great potential for people all over the country to create positive change through the initiative.

“It’s not really up to us to save the world—we already have a savior,” said Mullin. “We’re called to do what we can—to explore ways to live in greater harmony with God’s creation.”

God expresses God’s love for us through creation, she said. She points to the question that the young lawyer asks in Luke 10: “Who is my neighbor?” Jesus responds by telling the parable of the Good Samaritan, who stopped to help a man who’d been attacked by robbers while traveling from Jerusalem to Jericho.