The statewide UMW will partner with Minnesota Interfaith Power & Light (MNIPL) to advance these efforts with the help of the $4,200 grant. MNIPL works with faith communities to build transformative power and bring people’s unique gifts to address the climate crisis. Rev. Susan Mullin, a deacon in the Minnesota Conference, is its director of faith community organizing and will work closely with UMW on its projects.

Climate justice is one of two top priority areas identified by the Minnesota UMW, the other being criminalization of communities of color and mass incarceration.

“The ultimate hope is for the voice of our faith communities to be heard as we continue to work for equity and wholeness for our neighbors and all of creation,” said Cindy Saufferer, president of Minnesota UMW. “When we come together and lift our voices to address climate justice, we are far more likely to experience measurable change for our communities. This collaboration between MNIPL and United Methodist Women will build capacity and confidence while developing leaders as we create a climate movement in Minnesota.”

This year, MNIPL will work with Minnesota United Methodist UMW groups and local churches to help them craft “climate stories”—a process that will include gathering to discuss how they have been impacted by climate change (damaging storms, crop losses, heat waves, poor air quality, etc.), reflecting on changes they have made to be better stewards of God’s creation, and articulating their hopes and dreams for the future. MNIPL will also facilitate opportunities for congregations to meet with their U.S. Congressional representatives to advocate for climate justice.

MNIPL will additionally educate United Methodist groups about Line 3, help them understand how they can make their voices heard in opposing it, and arrange “water protector welcome tours” to allow people to see what is happening on the ground and hear from frontline water protectors. Line 3 is a pipeline that transports oil from the tar sands in Alberta, Canada, across northern Minnesota to Superior, Wisconsin. The Minnesota Public Utilities Commission has granted permission for the Canadian company that owns the pipeline to build a new Line 3 with a different route across our state. 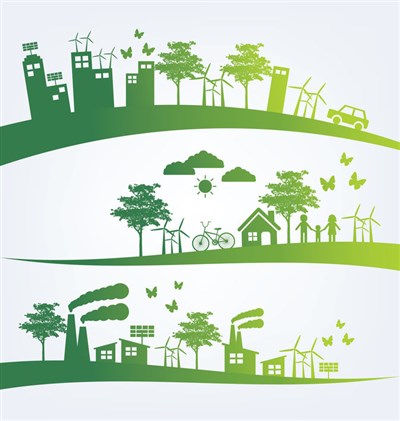 Mullin said there are several concerns about the pipeline. Among them: Tar sands require more energy to extract, transport, and refine than conventional oil, which means they are more damaging to the climate; this new pipeline will allow the current transport of tar sands oil to double. The approved route that’s now under construction exposes rivers, wetlands, and wild rice beds to potential contamination. The Red Lake Nation and White Earth and Mille Lacs bands of Ojibwe oppose the pipeline based on environmental concerns and their treaty rights to continued use of the lands impacted by the pipeline. And the Minnesota Department of Commerce has filed a lawsuit claiming there’s been a failure to demonstrate adequate demand for the oil that would be transported in this pipeline.

Mullin has been a longtime advocate for climate justice and has been instrumental in recruiting and training Hopeful EarthKeepers in Minnesota. She looks forward to engaging the state’s United Methodists in this latest advocacy effort.

“Jesus says the greatest commandment is loving God, and the second is to love your neighbor as yourself,” she said. “What we are learning about climate change is that the people who contribute the least to the problem of climate change are the ones who are paying the price—with the loss of health, home, land, and access to food and water. This injustice is deeply troubling…I hope that congregations or UMW groups who engage in one or both of these initiatives will find that they have important gifts to share, and that working together makes these problems less frightening, and that they experience some joy in the process.”

The UMW and MNIPL hope to involve at least 300 people from 30 congregations in its advocacy work. Their goal is to train and equip United Methodist women to do climate justice organizing in their own communities around renewable energy efforts and stopping the Line 3 pipeline. Fill out this form to indicate interest in your UMW group or congregation learning more and getting involved.

The funding comes from the national UMW Just Energy for All initiative, which works for energy that is cleaner and more just for all of God’s people and creation.

“The ultimate hope is for the voice of our faith communities to be heard as we continue to work for equity and wholeness for our neighbors and all of creation,” said Saufferer. “When we come together and lift our voices to address climate justice, we are far more likely to experience measurable change for our communities. This collaboration between MNIPL and United Methodist Women will build capacity and confidence while developing leaders as we create a climate movement in Minnesota.”