Meet the 2021 clergy new to the Minnesota Conference

July is the month when many clergy begin new appointments. This year, more than a dozen—some newly credentialed, some seasoned—are starting their first appointment in the Minnesota Conference. During an orientation that took place last week at Messiah UMC in Plymouth, we asked those present to share a bit about themselves with the rest of the conference. Here’s a look at these incoming clergy—what drew them here, what they’re excited about, their spiritual gifts, their hopes for The United Methodist Church (UMC), and some fun facts about them. 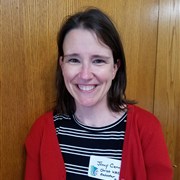 Jenny Cannon
Cannon just moved to Minnesota after having served Bethesda UMC in Silver Spring, Maryland and is now lead pastor of Christ UMC in Rochester. What drew her to the Minnesota Conference was the opportunity to serve in a dynamic ministry context alongside her spouse, Rev. Kirkland Reynolds. Her top spiritual gift is creative communication, and she most looks forward to getting to know her congregation and community and supporting the creative, healing, and life-giving ministries taking place there. Her hope for the UMC: “living into God’s vision of a church that embodies the love of Christ for all people through justice, service, and growing in grace together.” Cannon enjoys long walks and mystery novels, and can’t wait to try cross-country skiing. 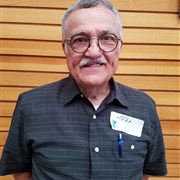 John Carpenter
Carpenter, a retired pastor from the Church of the United Brethren in Christ, moved to Minnesota from Michigan about six years ago. He has been serving as pastor of parish care and health at Grace UMC in Fergus Falls and in September will become part-time pastor at Akeley UMC. In his new appointment, he most looks forward to inter-generational development and community outreach. His top spiritual gifts are preaching and communication. Once upon a time, Carpenter worked in Christian publishing and has taught high school students and English as a second language for adults. 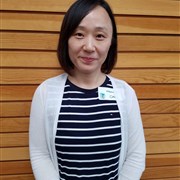 Hannah Choi
Choi, who was recently commissioned as a provisional elder, was born in South Korea and recently began serving as associate pastor at Park Avenue UMC in Minneapolis. What attracted her to the Minnesota Conference is that it’s welcoming of all people and there was an opportunity for a cross-cultural appointment in a diverse congregation. She looks forward to building relationships and inviting people to ministry, organizing a system for pastoral care, and helping to create a healthy church culture. Her top spiritual gift is listening to other people’s stories and spirits, and her greatest hopes for the UMC are “diversity as beauty” and “racial reconciliation and harmony.” 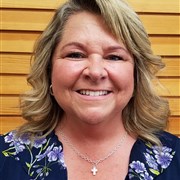 Laura Cottington
Cottington was a longtime member of Cross Winds UMC in Maple Grove and, several years ago, she and her husband Brent felt called to plant a church. They’re now appointed as qualified laity to that church plant, Saint Michael Community Church, and committed to reaching new people for Christ. Cottington’s top spiritual gift is teaching, and her hope for the UMC is “to stay Christ-centered and to be inclusive of all—all cultures, differing abilities, differing perspectives—in all we do.” A fun fact about her family: They love the Chicago Cubs and name their dogs accordingly (for example, Chicago and Wrigley). 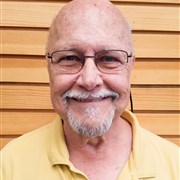 Tom Ervasti
Ervasti is a retired pastor from the Evangelical Covenant Church who will serve as part-time pastor at Taylors Falls UMC. What attracted him to the Minnesota Conference is “grace marked by inclusion.” In his new appointment, he looks forward to building relationships and a sense of meaningful purpose. His top spiritual gift is communicating and connecting to build rapport, and his hopes for the UMC are “unity in spite of challenging issues” and “the gift of consensus.” Before entering vocational ministry, Ervasti was a radio broadcaster and a human resources trainer. 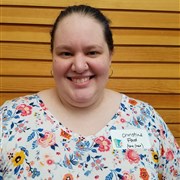 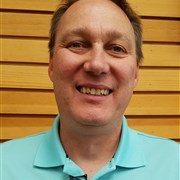 Goeldi, who grew up in Wisconsin, came to Minnesota many years ago for school and has been here ever since. He found Racine UMC, where he grew in his faith, and he has since become more involved in the Minnesota Conference. He recently began serving Wykoff UMC as a qualified lay person. In his appointment, he most looks forward to “helping the people and the community realize who and what they are being called to do and be.” A visionary and dreamer, Goeldi’s hope for the UMC is “that together we can come together to be the welcome and good news for the world.” 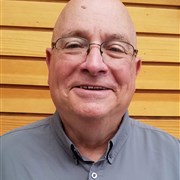 Talmadge Hobbs
Hobbs is a qualified lay person who recently became senior pastor at Church of Peace in Fergus Falls, where he’s preached occasionally for many years. His top spiritual gift is evangelism, and in his new appointment, he’s most excited to teach disciple-making. His dream for the UMC: “making a difference in heaven and our community.” A couple of fun facts about Hobbs: He’s a tuba player, and he is from the Deep South but loves being in Minnesota!

Jin Hur
Hur, who was recently commissioned as a provisional elder, moved to Minnesota from Los 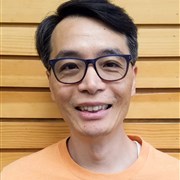 Angeles in 2010 and is serving as associate pastor at Fairmount Avenue UMC in St. Paul. What attracted him to the Minnesota Conference was being able to learn about and experience cross-cultural ministry, and in his appointment, he looks forward to developing the passion and gifts of the people in his congregation and helping the church continue on its journey of being inclusive. He is passionate about encouraging people to grow in community and practice their faith. His hope for the UMC: “more acknowledging and accepting diversity and inclusion through ministries and practices in Jesus.” 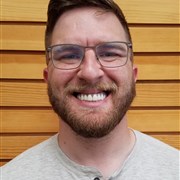 Taylor Johnson
Johnson is a licensed local pastor from the Dakotas Conference who recently moved from Sioux Falls, South Dakota to begin a new appointment at Grace UMC in Moorhead. “I’m grateful for new ministry opportunities, a new season of leadership, my first solo appointment, and the community of Moorhead having a plentiful harvest,” he said. Johnson describes his top spiritual gifts as faith and mercy, and his hope for the UMC is “to discern the most effective and faithful way to represent Christ to the world.” 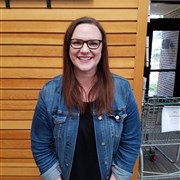 Nuehring, who previously led the youth and young adult ministry at Wesley UMC in Winona and co-led the Minnesota Conference’s Youth Ministry Team, is a qualified lay person who recently became minister of worship and engagement at Uptown Church in Minneapolis. 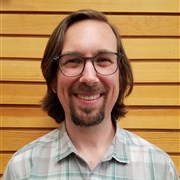 Reynolds just moved to Minnesota after having served Bethesda UMC in Silver Spring, Maryland. He recently became the executive pastor at Christ UMC in Rochester, where he’s serving alongside his spouse, Rev. Jenny Cannon. His top spiritual gifts are equipping and coaching, and he feels called to help unlock people’s gifts, graces, and potential. His hope for the UMC is “for a church that really lives into the Wesleyan understanding of grace, the open table, and the movement of the Holy Spirit in every person so we can be known for creating spaces and experiences where people—more people, new people, diverse people—can discover Jesus’ love and the purpose God has for them.” Reynolds is a huge Beatles fan and is pursuing certification as an Associate Certified Coach with the International Coaching Federation.

Jen Spickelmier
After her family moved from Portland, Oregon in March 2020 for her husband’s job, Spickelmie 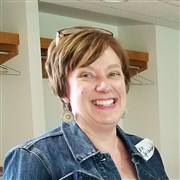 r served in an interim ministry role at The Well in Rosemount. She was impressed with the conference’s stance on justice and equity, so when an opportunity arose for her to take the interim pastor role at Main Street Church in North Branch, she gladly accepted. Her top spiritual gift is hospitality (she loves to make people feel welcome), and she’s excited to learn about what God is doing in the North Branch area and partner with the people of Main Street Church to be the hands and feet of Jesus in their community. Her hopes for the UMC: “that we would continue to seek equality and justice for all people in our communities” and “that we would be a group of people that love so extravagantly that many more people will come to understand the abundant love that God has for the world.” Spickelmier is a self-proclaimed information junkie and loves listening to people’s stories and hearing how God is at work in their lives. 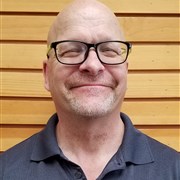 Russ Steele
Steele comes from a background in hospice social work and hospital chaplaincy. He’s in the licensing process and will be serving Jackson and Lakefield UMCs. He’s looking forward to meeting new people and having more time for sermon prep. His top spiritual gift is shepherding, and his greatest hope for the UMC is “unity amidst diversity.”


Jason Steffenhagen
Steffenhagen has spent the past 16 years working in Christian higher education, most 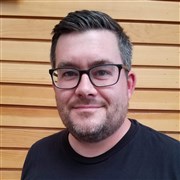 recently as an associate campus pastor at Bethel University in St. Paul. He just became associate minister at The Well in Rosemount after looking for a denomination that better fit his theological journey. “I’m looking forward to the ability to create something impactful for our community and that speaks into the broader spiritual dialogue of our culture,” he said. Steffenhagen’s primary spiritual gift is teaching, and his hope for the UMC is “to create a space that embraces the spirit and form (creativity and structure) of church while speaking prophetically into our time.” He and his wife love good food and good bike rides!

We are fortunate to have these leaders among us. Thanks be to God for each one of them and their ministry!