When Rev. Clint Evans was appointed to Faith UMC in Sleepy Eye a few years ago, he recognized a significant growth opportunity for the church. He saw that members were inviting people in, but not being missional and going out to them.

“I wanted to show the church, hey, you don’t have to go to Guatemala to serve—you can just go to your own community,” he said. He was inspired to rethink Vacation Bible School (VBS) and try a more outward-focused approach—something akin to Urban CROSS, an annual missional outreach of Mounds Park UMC in St. Paul that invites youth to participate in hands-on service projects in the nearby Dayton’s Bluff community.

This year, in mid-July, instead of the traditional VBS, multiple generations of church members participated in “Community Connection Week.” For four days, children, parents, and other volunteers from the church participated in service projects in the community around the church. 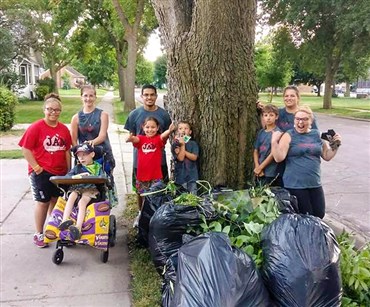 Faith UMC has always had a reputation for being a hospitable church. “Historically, we are good at bringing people here to the church,” said Evans. “Now, we want to go out and meet people where they are.”

The first day, Faith UMC members did a prayer walk in the town. They prayed over struggling businesses, local schools, and other churches. They also handed out notes of encouragement to all they met. The second day focused on community service with a variety of projects that got people out serving their neighbors. Rev. Clint Evans explained that these were low-tech projects—nothing that required special skills or equipment. Examples included pulling weeds in gardens and washing an elderly lady’s car. On the third day, church members visited an assisted living facility and connected with residents by playing games and chatting. People with 90-year age gaps played with Legos together.

The final day was a community get together 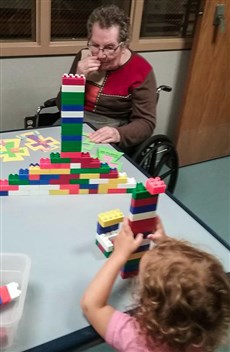 and cook-out. Everyone who walked by was invited to join. Each day saw about 25 people from Faith UMC involved, and the community cook-out served 120 meals.

Benefits to children and parents

Evans pointed out several advantages that Community Connection Week had over the traditional VBS the church has done in the past: VBS only reaches children and those who volunteer to teach them. This program involved members of all ages. Parents saw first-hand how the children loved the service projects. Parents got to teach their own children the values normally taught by a VBS teacher. Another benefit is that this approach got church members out of the building and into the community. Additionally, “the kids that went out and worked will remember it far more than they will another year of VBS,” said Evans.

Gina Neinhaus, the youth director for Faith UMC, said the most significant aspect of the week was the hands-on contact kids had with the community. They saw that their actions can make a real difference, which boosted their self-confidence. 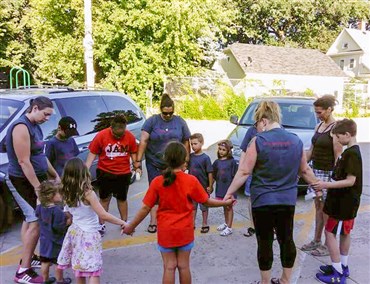 The week was also a great family bonding time for participants. Neinhaus said parents could actually see the impact that serving had on their children, unlike in VBS where parents drop the kids off and leave. When parents see kids enjoying service projects, it motivates them to seek out regular service opportunities for the family. Plus, this approach cost the church far less than a VBS week would have.

Since Community Connection Week ended, people have approached Evans to tell him how much the notes of encouragement they received meant to them. Residents at the assisted living facility now recognize him and ask when church members are coming back. Faith UMC’s name is getting out in the community, but more importantly, “we are just loving people and they are responding,” Evans said. 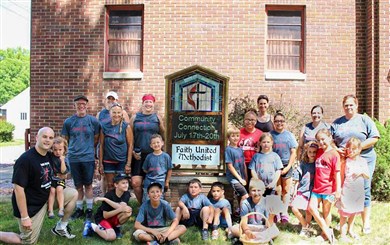 Feedback from members is also overwhelmingly positive. Many are excited to continue this program next summer. Although some were initially reluctant about the week of service and venturing out of their comfort zones, they’re now eager to do it again. There is a newfound passion for service within the congregation, said Evans.

“With VBS you are at the mercy of who shows up,” he added. “We went out and found the people instead.”


Karla Hovde is the communications specialist for the Minnesota Annual Conference of the United Methodist Church.