The fastest-growing church designation is based on a just-released list compiled by author and speaker Len Wilson, who currently serves as creative director at Peachtree, a large church in Atlanta. Each year, he develops a list of the 25 fastest-growing large United Methodist churches.

“These congregations are sons and daughters of the great church grower, John Wesley,” said Wilson. “Deep in the roots of United Methodism is a call to grow churches. In the midst of an identity crisis, the United Methodist Church would do well to remember its origin as a church growth movement.”

Embrace is based in Sioux Falls, South Dakota, but it expanded to Minnesota in November with the launch of its "St. Croix" campus in Lakeland, about 35 miles east of Minneapolis. On the first Sunday, 438 people came to worship at the new campus, led by Rev. Austin Walker. 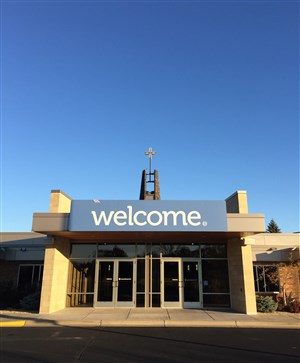 The fastest-growing churches list is ordered based on each church’s five-year growth rate, according to self-reported worship attendance numbers provided to the United Methodist Church’s General Council of Finance and Administration. To qualify, a congregation must have had at least 1,000 in average worship attendance at the end of 2014, which is the most recent full year of official records, and it cannot have experienced year-to-year decline in the last two years.

“Our story revolves around the story of the prodigal son, where the son comes home and the dad throws a party,” Weber recently told Keloland TV in South Dakota. “I always joke, I wish we could drop a disco ball for everyone who comes for their first time. Just be like, ‘Hey, what’s up?!?!’ It'd probably freak people out and they’d never come back again.”

The second-ranked church on Len Wilson’s 2016 list, Community of Hope in Loxahatchee Groves, Florida, had a 173 percent five-year growth rate and 1,050 in 2014 average weekly worship attendance.