On Tuesday, the Minnesota Conference closed on a $2.5 million sale of Decision Hills Camp in Spicer, which has been on the market for nearly three years. The sale was a contract for deed, and payments will be made over a 10-year period.

The buyer, Open Door Christian Church, outgrew its space in New London and will move to this larger facility. The gym will be used as a worship space, and what was the director’s house will become a Christian education space. The first worship service on the property will be Sept. 10.

“What makes me feel good is that the sale honors the legacy of this camp and this congregation understands that it’s sacred ground and not simply a beautiful piece of real estate,” said Rev. Robert Braudt, chair of the conference Board of Trustees—which handles property decisions and ultimately chose to accept the offer.

In recent weeks, after several trustees visited the Spicer/New London area to talk with community leaders about the property, two offers were made—one from a developer and one from Open Door Christian Church. The offer from the church was higher and would enable the space to continue to be used for ministry.

“I think that’s a God thing,” said Braudt. “I was pleased that we were able to both serve our fiduciary responsibility and honor the spiritual legacy of Decision Hills by accepting the church’s offer.”

But for Braudt, signing the legal documents to hand over the property to the church was bittersweet.

“For me, Decision Hills was where I fully understood the body of Christ and what God intended church to be,” he said. “Every year, being there renewed my ministry—and some of my greatest memories and accomplishments in ministry happened on that property.”

Leading up to the sale 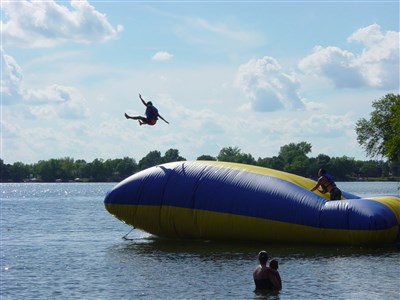 Decision Hills was established as a Minnesota United Methodist camp in 1957. Since then, it has been part of the faith story of thousands of people, many of whom—like Braudt—returned to the 71-acre camp year after year. It is where many people experienced a call to ministry.

But youth programming at Decision Hills has been suspended for more than four years. Prior to that, Decision Hills was seeing a steady decline in participation, a large amount of required maintenance and upkeep, and a mounting deficit.

In 2013, the conference’s Camp and Retreats Board hired Kaleidoscope, Inc., a nationally recognized camp consultant, to study camp properties and suggest key moves to position them for long-term growth and financial stability. Divesting of Decision Hills was one of the group’s key recommendations. That recommendation came after members of the 2012 annual conference session gave the conference’s trustees authorization to divest of Decision Hills in accordance with long-range goals and objectives for the camping ministry.

In September 2014, more than 65 people attended a decommissioning service to say goodbye to Decision Hills (click here to read reflections from several attendees).

“A lot of great camping ministry occurred at Decision Hills, and we’ve had many people throughout the conference that have a deep spiritual connection with that camp because it was pivotal in their faith development,” said Steve Knight, chair of the Dakotas and Minnesota Area Camp and Retreat Council. “But when we took a look a number of years ago at turning camping into a sustainable ministry that could pay the majority of its cost through camping fees, it was obvious we had too many facilities and we needed to rethink where and how we delivered our ministry. We’re feeling positive about the sale and about the fact that the camp will continue to be a source of Christian ministry to a different group of people.”

Proceeds from the sale will be used to further the camping ministry’s strategic plan. More specifically, the money will be reinvested into enhancements, infrastructure upgrades, and facility maintenance at the conference’s three other camp sites. 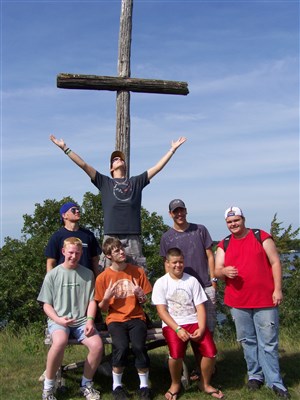 Decision Hills will be remembered within the Minnesota Conference as a holy space.

“This camp will be remembered as a place where many lives were impacted and changed,” said Keith Shew, area director of camp and retreat ministries. “There are countless leaders who can tie pieces of their own faith stories to experiences at Decision Hills.”

One of the many memories Braudt will carry with him was baptizing a young man who came to Decision Hills for the first time and accepted Christ into his life. He recalls that other campers lifted him up onto their shoulders, sang Billy Joel’s “The River of Dreams,” and danced from the dining hall down to the lakeshore.

“After baptizing him, I remember looking up and seeing his community of peers, and it was the face of God,” said Braudt. “It was so beautiful—the love that radiated.”

Although Braudt will miss Decision Hills, he’s comforted by the fact that its legacy will live on.

“Open Door Church has been very clear that they’re open to people coming back to walk the trails and go up on Meditation Hill,” he said. “There was a moment during the signing of the paperwork when church representatives realized this isn’t just about their future—but it’s about continuing a powerful legacy that preceded them, and they are now the stewards of that legacy.”