In the small town of St. Charles, there is a growing relationship between the elementary school and St. Charles United Methodist Church.

Several months ago, the church adopted a class within the school, and members have demonstrated their support in several ways. For example, the classroom teacher was new so they gave her $100 to put toward buying a rug for students to sit on. Additionally, any student who cannot purchase milk for snack time is now given a carton, ensuring that each student has two servings at school each day. And to encourage reading, each student in the classroom was given at least four books to take home, read, and share with family.

St. Charles UMC’s support was made possible thanks to a church-school partnership grant the church received from the Minnesota Conference. St. Charles UMC was one of 20 churches that received a grant last year to form a relationship with a local school.

“This is about what God wants us to do as far as being in service to others and those that are different than us,” said Jill Michael, a member of the conference’s Mission Promotion Team, which oversaw the grant program.

This year, churches that previously received a grant are invited to reapply for a new one to expand their current partnerships, and churches that haven’t previously received a grant are invited to apply for one. Up to $1,200 will be given each church selected to receive a grant, and funding for 2016 will come from remaining 2015 Love Offering funds and the Mission Promotion Team budget. Applications, which are due April 1, must include a detailed description of the way(s) in which the church will support the school and a description of the school district policy about religious education.

Churches that received a grant last year have used their funds in a wide variety of ways. They have adopted classrooms; brought in tutors; provided teacher appreciation gifts; given students new socks, underwear, and boots; filled backpacks with food for the weekend so families would have something to eat; provided snacks and milk; and distributed school supplies. 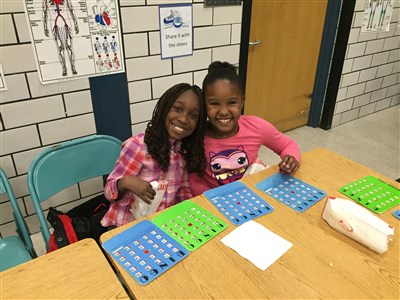 Brooklyn United Methodist Church in Brooklyn Center, another 2015 grant recipient, partnered with Garden City Elementary School. The church used its grant funds to feed teachers and staff on conference days as a thank you, to buy school supplies for students, to buy turkeys and other prizes for a turkey bingo event before Thanksgiving, and to provide popcorn for a school-wide assembly.

The church will use its remaining funds to host a multi-cultural night scheduled for March. At the event, fifth-grade students will portray various Civil Rights Leaders that they have been studying this year.

Every month, Garden City Elementary School thanks Brooklyn UMC in its newsletter, which lets students and parents know that the church is there for them and wants to serve its community.

Michael said some of what Brooklyn UMC is doing used to be done by the school’s Parent-Teacher Association and families within the school, but that’s no longer the case, so the church’s support is helping to fill the gap.

“What we’re doing shows that other people care,” said Michael, who is a member of Brooklyn UMC. “We don’t know when and how God is going to be used in someone else’s life, so I think that it’s a way our members can reach out and truly [help meet the needs] within the educational system.”

Learn more and apply for a grant here.