In the 1980s, while serving the Minnesota Annual Conference, Bishop Emerson S. Colaw delivered a sermon called, “If you want to walk on water, you’ve got to get out of the boat.” He told the biblical story of Peter having the faith to get out of the boat when Jesus called to him; Peter started to walk on the water, and for as long as he was focused on Jesus, he didn’t sink.

“The idea was: You need to be willing to take risks for the sake of the gospel,” said Rev. Norm Lidke, a retired pastor who served as a Minnesota district superintendent under Colaw. The sermon not only illustrated the opportunities and challenges facing churches, it exemplified the kind of leader Colaw was—one who devoted his life to sharing the good news and reaching new people for Christ.

“He lived his life for Jesus,” said Rev. Richard Harper, another retired pastor who served as a district superintendent under Colaw. “He was a person of deep faith and believed wholeheartedly that the church was in the business of making disciples. He was passionate about seeing the church grow again.”

Colaw died Tuesday, October 11, 2016, at age 94 in Ohio, where he lived during the final years of his life. He is remembered as a strong preacher and a compassionate leader who loved the church and had a heart for clergy.

“Bishop Colaw gracefully and effectively blended the roles of spiritual, temporal, and prophetic leadership,” said Dakotas-Minnesota Area Bishop Bruce R. Ough. “As a result, he was deeply respected as a pastor and a bishop of the Church and served as a model of Christian discipleship and leadership to every person and in every place God called him to bear witness. I celebrate his servanthood, rejoice in his resurrection, and commend his journey home to his beloved [late wife] Jane.”

An advocate for clergy, women

Born Nov. 13, 1921 in Chanute, Kansas, Colaw began his ministry as a clergyperson serving the New York Annual Conference and the Northern Illinois Annual Conference, where he served three pastorates over 14 years. In 1961, he was appointed to Hyde Park Community United Methodist Church in Cincinnati, Ohio, part of the West Ohio Annual Conference—and he served there until 1980, when he was elected bishop. 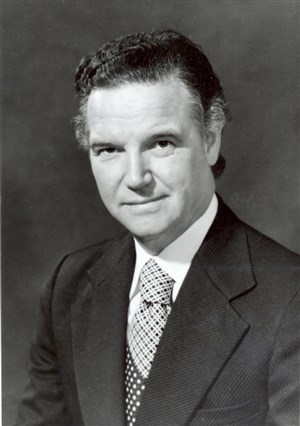 Colaw was appointed resident bishop of the Minnesota Annual Conference in 1980 and served in that role until retiring from the episcopacy in 1988.

As a bishop, he especially enjoyed spending time with clergy and learning about the joys and challenges in their ministry. At his request, Lidke arranged for the two of them to spend several half-days going out to visit Minnesota clergy who were ill or facing particularly daunting challenges.

Colaw was also an advocate for women in leadership. In 1985, he appointed Rev. Pat Toschak to serve as the Minnesota Conference’s first female district superintendent.

“He was very willing to learn from my experiences as a woman clergyperson,” said Toschak, who's now retired. “He wanted to be a good bishop for the women clergy as well. A new day was dawning for women in the church, and he opened his heart to it.”

Lidke, Harper, and Toschak say Colaw listened to them and trusted them—and he affirmed their gifts and their voices.

“I could talk to him in a very frank way and I felt as a DS I did not need necessarily to agree with him,” said Harper. “I needed to give him my best judgment. He appreciated that.”

Lidke describes Colaw as being well read, theologically sound, and impeccably dressed—always with a suit, a tie, and a handkerchief in his pocket. He had relationships with ecumenical partners across the state, and he believed strongly in mission work. He led a United Methodist group to Israel, and Lidke recalls the Minnesota Cabinet having one of its meetings in Tiberius.

A unifying voice, a consummate mentor

After retiring from the episcopacy in 1988, Colaw served as professor of homiletics and Christian ministry at United Theological Seminary in Dayton, Ohio until 1999 and was its acting president in 1995-96. For some time after that, he spent winters in Florida and served as bishop in residence at North Naples United Methodist Church.

Colaw eventually returned to Ohio and Hyde Park Community UMC, where he was an active member until the end of his life.

“He exemplifies and lives out everything that is right about the church,” said Hyde Park’s co-senior pastor, Rev. Doug Johns. “Especially in this day of political and religious discord, he was a unifying voice.”

Johns said Colaw cared deeply for the people around him.

“When you were in his presence, he was a consummate mentor,” said Johns. “He wanted to hear about what was happening in your life and then would impart some piece of wisdom and you would walk away feeling like, ‘Wow, that was really worth my time.’”

Johns describes Colaw as a “premier churchman” for whom “the church was his priority and his love.”

Not too long ago, Colaw imparted some words that Johns will always remember. After worship one day, as Johns was shaking hands with people, Colaw came up to him, gave him a hug, and said: “Remember this: The church is full, the choir was great, the preaching was great. It goes by fast.”

Colaw is survived by children Prudy (Larry) Klinger, Deb Colaw Peterson, Marcie (Michael) Vilardo, and David (Jill) Colaw; eight grandchildren; 12 great-grandchildren; and a great-great granddaughter. He was preceded in death by his wife, Jane, who died in 2013, and his grandson Robert.