Seven Minnesota United Methodists who feel called to environmental justice and creation care were recently commissioned as Earthkeepers and have begun working on projects to transform their communities and the world.

Earthkeepers, a program of Global Ministries within The United Methodist Church, was co-founded by Rev. Susan Mullin, a Minnesota deacon who serves as minister of faith formation and community outreach at Faith UMC in St. Anthony. She describes Earthkeepers as “United Methodists who are aware of the ecological challenges in our world today and feel called to be part of a movement to transform the world.” Each Earthkeeper provides leadership for a community project or advocacy campaign of their choosing.

The hope is to commission 500 people across the U.S. as Earthkeepers within the next six years. After going through several days of intensive training, the first 45 Earthkeepers were commissioned in November—and seven are Minnesotans. All seven recently shared why they applied to be Earthkeepers, what their projects will entail, and how their projects align with their faith. (More Earthkeepers will be trained at Northern Pines Camp in Park Rapids Oct. 19-22; email Mullin for an application.)

Mullin was selected in 2014 to serve on The United Methodist Church’s Global Ministries Creation Care Team as the representative for all of North America.“In the past, we’ve thought of the environmental movement as sort of a sideline…and not really at the heart of who we are as Christians,” she said. “We see more and more signs that there are really significant problems with climate change, with the extinction of species, with what’s happening with the oceans. This isn’t a side issue; it’s a central issue. The way we’re living isn’t aligned with God’s will for creation.” As an Earthkeeper, Mullin will focus on planning and organizing future Earthkeepers training events—the next ones being in Arkansas in August and in Minnesota sometime this fall.

With emerald ash borers having the potential to wipe out most of the ash trees in Minneapolis, Draper initially intended to focus on planting trees. But she’s been reading books on climate change, and they have prompted her to change course. Her plan now is to train people on how to have climate change conversations in a positive way that focuses on shared values and prompts them to embrace meaningful changes. “The way we’re talking about climate change now isn’t really changing hearts and minds,” she said. “If we start by looking at what we value—being kind, sharing, not wasting resources—we realize we have a lot in common, and from there, we can talk about changing our actions.” Draper, a member of Northeast UMC in Minneapolis, hopes to train pastors and other leaders to facilitate meaningful and non-threatening conversations about the climate. She’s recruiting the first group of trainees for an in-person event in northern Minnesota this summer.

Lawton said she applied to be an Earthkeeper because “there is no other work I would rather engage in at this time in our human history.” Her project is to “restore creation care to the heart of the gospel in the Minnesota Annual Conference.” Lawton, who serves as pastor at Northeast UMC in Minneapolis, said her hope is that every conversation and strategy is made through the lens of environmental justice—and she wants to call, train, and mobilize 500 Minnesota Earthkeepers within the next eight years. “Christians live within a radically different narrative than the world hands us—unfortunately, so many of us, myself included, feel really comfortable living in a world of unquestioned growth and consumption,” she said. “We know this is not sustainable…and yet we feel compelled to grow more warehouses full.” Lawton’s vision is for “simple, abundant joy which flows like water and spreads like zinnia seeds in the summer,” and she wants “to envision and create the world we want to live in and love in and leave when the time comes.” 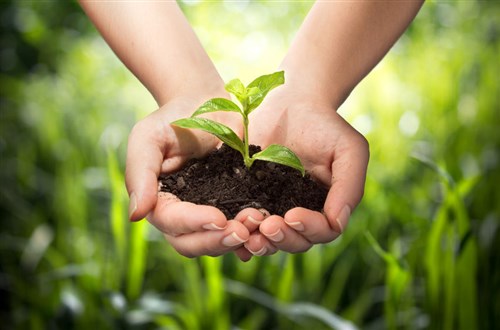 Middlecamp, who studied climatology in college, has felt a recent call to teach about environmental destruction and encourage actions that support abundant life. “The Earthkeepers ministry appeared as a God moment in my faith journey,” said Middlecamp, a member of The Well (formerly Rosemount UMC).  He was instrumental in forming a coalition of churches called “Interfaith Creation Care of the South Metro” that involves congregational collaboration on education and action. Part of its mission is to “restore a sustainable relationship between humans and the environment.” Middlecamp explains: “Human activities are causing global average temperature to rise in both the oceans and the lower atmosphere, ocean acidity to increase, and the extinction of large numbers of species. When Christians understand the threats these pose to human life for current and future generations, we know that our faith and the scriptures call us to change our actions to preserve the gift of creation.”

Nymann, a licensed local pastor who serves Weaver UMC, felt a call to creation care through her deep love for peace and community gardens. As an Earthkeeper, her project is to create pollinator gardens—gardens that help revive the health of bees, butterflies, birds, and other pollinators—with the help of three Minnesota United Methodist Churches: Weaver UMC, Kellogg UMC, and Peace UMC (Plainview/Elgin). For all three churches, the gardens will be an intergenerational project that brings together people of all ages. “God intended us to live harmoniously with the earth, not destroy it,” she said. “From soil to plants, animals to humans, and babbling brooks to rivers, we are all interconnected, and we need to be caretakers of the earth...As Christians, we know our connections to creation and how we must be mindful of how to care for and nurture that connection.”

Earth Care and environmental justice have been a key part of Velasquez Eberhart’s career path and faith journey since college. She participates in her neighborhood’s environment committee, serves on the board of Minnesota Interfaith Power and Light, and developed a “Faithful Response to Climate Change” workshop series in her local church—Prospect Park UMC in Minneapolis. One of her areas of deepest involvement is with the Twin Cities chapter of Citizens Acting for Rail Safety (CARS), which she co-founded. CARS works with citizens and public officials to achieve a rail transportation system that respects the health, safety, and quality of life for people, wildlife, and the environment. Through CARS, Velasquez Eberhart has convened community conversations, presented at a meeting of rail safety activists, and even organized a press conference and a roundtable discussion with two U.S. senators. As an Earthkeeper, she will continue the efforts already underway. “The interrelated problems of climate change, environmental degradation, and economic/social injustice require massive and urgent transformations in our world in the next few years and decades,” she said.

The average plastic bag is used for 12 minutes just one time. This is one of many pieces of trivia that Yaeger knows firsthand, and reducing waste is an issue she feels strongly about. Years ago, she was on the national United Methodist Women Green Team and gave talks in churches. Then in 2010, she planned a no-waste graduation party for her daughter and a no-waste family reunion for 75 people. But it while serving on the sustainability committee for Duluth’s annual Rhubarb Festival last summer when she came to an important realization: “I found that most people don’t know the difference between compost, recyclables, and waste—and I really enjoyed teaching people about it,” said Yaeger, a member of First UMC (The Coppertop) in Duluth. “I thought, ‘This is probably a ministry for me.’” Yaeger’s project will involve teaching groups in her area how to have zero-waste events. Her motto: “Duluth doesn’t do it dirty.” “God created the earth and all the plants and animals,” she said. “It’s everything on earth we need to protect.”