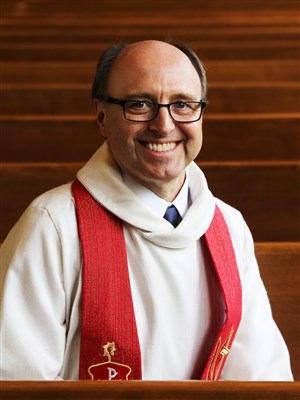 Bishop David Alan Bard is serving as the interim bishop for the Minnesota Annual Conference. This assignment begins January 1, 2021, and continues until another bishop is assigned.

Bard is the presiding bishop of the Michigan Area. Prior to arriving in Michigan in September 2016, Bishop Bard was serving at First United Methodist Church in Duluth, Minnesota since 2005. He was elected to the episcopacy on July 13, 2016 at the North Central Jurisdictional Conference held in Peoria, IL. He has been in ministry for more than 30 years and served in many roles within both the Minnesota Annual Conference and the General Church.

Within the Minnesota Conference, prior to becoming a bishop, Bard was chair of the Episcopacy Committee and the Higher Education Ministry Team, and he served on the Board of Ordained Ministry and the Congregational Response Team. He was also the conference parliamentarian. He was a district superintendent from 1998 to 2005 and spent three years on the Commission on Religion and Race.

Bishop Bard received a BA from the University of Minnesota, Duluth in 1981; his Master of Divinity was earned at United Theological Seminary, Twin Cities 1984; and in 1994 he received a Ph.D. from Southern Methodist University with a focus on Christian ethics.

Bard has a wife, Julie, and three adult children. In his free time, he enjoys music, reading, baseball, and walking outside.

Watch a video greeting and sermon from Bishop Bard to the Minnesota Conference. 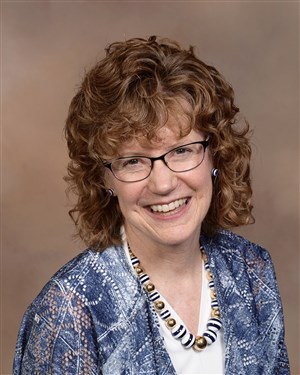 Janet Beard is the administrative assistant in the Episcopal Area office, a role she assumed in April 2021.

Since 2015, Beard has served as conference secretary for the Minnesota Conference, and more recently, she also became its Board of Ordained Ministry registrar.

After earning a degree in elementary education, she spent two years at a Montessori school before having children and staying home with them for several years. When her youngest son went to kindergarten, she began doing administrative work for a horse feed manufacturer while Jim was in seminary.

Janet and Jim have two adult children and two granddaughters, whom they love spending time with.