It Worked For Us (success stories)

The people of Faith UMC in St. Anthony invited neighbors to a half-day workshop on "Discerning Whiteness" to help them wrestle with the reality of racial injustice in their community.

Centennial UMC in Roseville recently hosted its first ever Disability Awareness Sunday, where members experienced being in ministry with people with disabilities through worship, a lunch panel, and workshops. 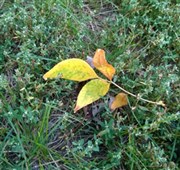 Pastor gives back to family through free funeral

Rev. Kristi Franken of Adrian United Methodist Church immediately knew what she had to do when she heard that her son-in-law’s father had passed away with no funding available for a funeral. 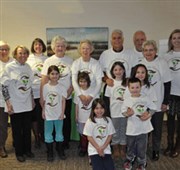 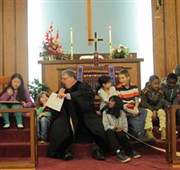 Every Sunday Mounds Park United Methodist Church provides children with a special time to learn and grow in love of God. 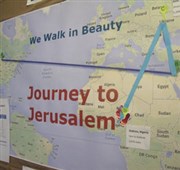 Members of Richfield United Methodist Church found a unique way to exercise their bodies and souls throughout Lent.

United Methodist Church of Anoka and its satellite campus, Northern Light, took part in an all-congregation book study, named “One Congregation, One Book.” They read Tony Jones’ “The Sacred Way,” and then invited him to speak at the church. Many small groups were formed to study this book, which focuses on spiritual growth and discipline. At the culmination of the book study, congregants felt as though they already knew Jones—which made his message resonate even further.