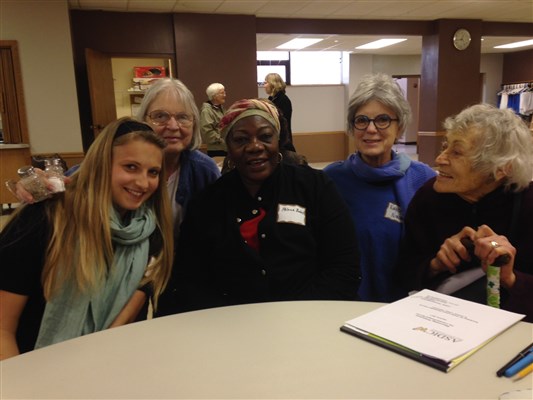 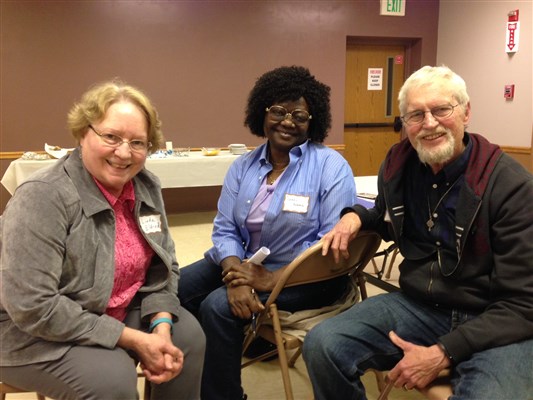 One Lent text is the story of a man who was blind from birth. Jesus spits on the ground and takes this dirt/saliva mixture and smears it on the man’s eyes and tells him to go wash in the Pool of Siloam. The man does this and then he sees. On one level, this is a miracle story of physical healing. On another level, it brings up questions of sight versus blindness. Some of the Pharisees engaged in discussion about this incident end up asking the question, “Surely we aren’t blind, are we?”

In what ways are we blind to what is happening in our communities? The deaths of black men at the hands of the police in recent years have caught our attention: Michael Brown, Freddie Gray, Jamar Clark, Philando Castile. How do we learn to “see” racism at work in our culture and in the structure and organization of our communities? How do we respond? What is the role of the church?


On July 6, 2016, Philando Castile was shot by a St. Anthony police officer after being pulled over for a routine traffic stop in Falcon Heights. Faith UMC is located one block from the St. Anthony police station. This tragedy has focused a spotlight on St. Anthony Village, a predominantly white suburb of Minneapolis. And in the months following this tragedy, the people of St. Anthony have demonstrated a desire to begin the long, difficult work of facing the reality of racial injustice in their community.

On Saturday, April 8, Faith UMC hosted a half-day workshop called “Discerning Whiteness: The Unacknowledged Barrier to Dismantling Racism” led by ASDIC Metamorphosis, a nonprofit that is bringing communities together and equipping them to address racism. Members of the church invited friends and neighbors to the workshop, which was made possible through a $2,500 Investing in Congregations grant from the Minnesota Conference. They sent postcards out to everyone within a half-mile radius of the church and submitted articles to local newspapers. Thirty people attended the event, showing up for an early morning breakfast, followed by the workshop.

Participants began their time together by lifting up their fears. A common fear in discussing issues of race is the fear that we will say something foolish. One person expressed the fear that in looking deeply at issues of race, she might find that decisions she made in the past were poor decisions. Others expressed fear for family members that are at risk for dangerous encounters with the police because of their race.

Then, attendees took time to share with one another the earliest stories of their experiences with racial differences, what they learned from these experiences, and how those experience shaped them. The workshop leader, Okogyeamon, told participants that we are all born into a given world. We are taught our place in society and how to interpret that world. It is like we are given a pair of glasses that help us to see things in a particular way. “Racism is a kind of shared lens that we all have received by virtue of being an American,” he said.

But there are in fact many different ways of seeing—many cultures, and within those cultures, racial differences, gender differences, differences in age, and economic differences. We can improve our lenses as we age, but only if we constantly work at it by thinking critically and asking questions: What would this situation look like from a different angle? How much of what I think I am seeing is a distortion of reality? Why does someone have a different interpretation of the same events I have seen?

To continue this work, Faith UMC will host a 10-week anti-racism dialogue circle this fall—which will also be funded through the Investing in Congregations grant that the church received. Participants will come together for four hours each week to reflect deeply on how we react to and interact with people who are “other” than us. It is hard to imagine anything more important to the church than learning how to welcome the stranger, whether that is someone of a different race, gender, sexual orientation, or culture.

It Worked For Us (success stories)
print this article