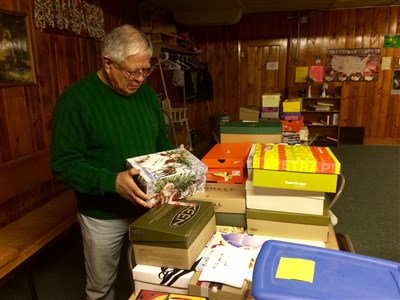 • Provides funds for All Feathers Spiritual & Community Center in Cass Lake, an ecumenical ministry that serves members of the Leech Lake Band of Ojibwe. All Feathers is a place for worship, Vacation Bible School, family gatherings, and theological study. The center also helps support Native American children who spend a week at Northern Pines Camp each summer. Minnesota clergy and lay people are on the center’s board of directors.

• Works with Minnesota churches that collect and donate hundreds of holiday “shoebox” gifts (shoeboxes filled with toys and goodies) that All Feathers Ministry distributes to children on the Leech Lake Indian Reservation each Christmas.

• Plans and facilitates a cross-cultural awareness retreat each fall at Northern Pines Camp in Park Rapids.

CONAM is currently working with conference leaders on planning an act of repentance at an upcoming annual conference session. A first step is for all Minnesota United Methodists to read and discuss the book On This Spirit Walk: The Voices of Native American and Indigenous Peoples.