What we can learn from church plants in Seattle

What do 104 church plants in Seattle have to do with ministry in the Dakotas and Minnesota?

More than you may think!

The qualities of post-Christian America that are emerging in our cities, towns, and rural landscape are especially pronounced in Seattle, here 39 percent of residents are religiously unaffiliated compared to 29 percent of U.S. adults. Fewer people build their identity and routines around faith and spirituality. In place of faith, we have become more oriented around political identities, affluence, and consumerism. Many people have constructed a web of purpose and significance that does not include religious practice. Seattle epitomizes these trends. So I noticed when a story appeared about 104 churches planted between 2000 and 2014. It is like looking forward in time at a snapshot of the America we are becoming. I was a bit afraid for what I might see.

“Church Planting in Post-Christian Soil” (which happens to be a book by Christopher Jones) is much more than a few courageous start-up efforts layered with a funeral dirge for ministry. It is a recognition that change is coming to the religious landscape of America. Disaffiliation and drops in worship attendance are not the whole story in Seattle. Rather, nominal and cultural faith is shedding meaningless practices and labels while people of genuine faith and conviction are becoming more regular in their practices and committed in their convictions. Christianity is not dying; it is changing for the good.

The “good” has come through field testing and innovations across a variety of planting models. One of the practices rising to the top is a renewed appreciation for neighborhood engagement. Nearly 70 percent of the church plants that incarnationally entered their neighborhoods building relationships, forming partnerships, working for common good, and identifying the immediate neighborhood as their “parish” became successful and sustainable over the long haul. We cannot say enough about the practices of neighboring; sharing meals together and entering into conversation are essential for future ministry. 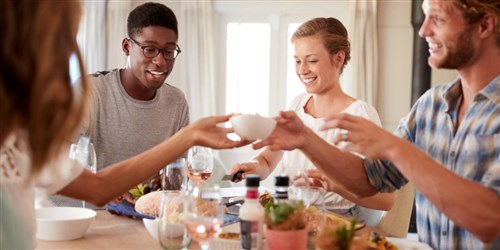 One church plant, Sanctuary, was planted by the “voice of the Seattle Seahawks,” Rev. Randy Rowland. Randy regularly introduces himself saying: ”My church is about 17,000 people [his neighborhood] of which about 6,000 come through the doors of our coffee shop every month and about 100 worship with us every Sunday.” That coffee shop, The Green Bean, burned down after several years, and Pastor Randy and his team were prepared to mothball the effort as it had never really turned a profit. But the neighborhood would not have so they raised funds to put the The Green Bean back in business. Randy’s practice of pastoring his “parish” was clearly a factor.

Ministry in a culture where religious institutions and affiliations are not commonly regarded or practiced is not what some of us grew up remembering. Post-Christian pastoring, not to mention church planting, can feel like you are so far off the margins of society as to be irrelevant. For this reason, ministry in post-Christian places and spaces requires a theology that returns to the Jesus paradigm. He entered our world powerless, became a student of his culture and people, served them selflessly, and died a martyr. From that position of weakness and non-coercive invitation, Jesus announced a subversive Kingdom and led an upside-down movement that left the world profoundly changed. Churches planted in post-Christian soil are renewed in that missionary identity. Their identity is foreshadowing the reign of God and the new humanity. As such, they minister greatly dependent on the Holy Spirit, on the community of believers and prayer. Like believers in the first three centuries of the church, their witness is brighter in their circumstances.

Often when church planting comes up in conversation, people want to know how many prevail and reach a level of ongoing sustainability. So it may come as a surprise to most to hear that even in the rocky soil of Seattle, well over 60 of the 104 churches planted between 2000 and 2014 are still vibrant and active in 2022. While they cluster in groups with some common features, they demonstrate a wide range of locations, styles, and approaches. They run coffee shops Monday through Saturday, meet in rented spaces and public houses, are led by bi-vocational and co-vocational pastors who scramble and adapt to do what it takes to proclaim the Lordship of Jesus and the welcome of the gospel message. In their story, my hope is that others who feel a nudge to venture a bit closer toward the edge of the “Kingdom come” would take that step. If it can happen in Seattle, it can happen most anywhere.

Rev. Ben Ingebretson is director of new church development for the Dakotas-Minnesota Area of The United Methodist Church.