“I think almost every white middle school boy is in the alt-right pipeline - at some point - until something/someone pulls them out,” wrote Dr. Danna Young, quoting her teenage son.

Is the statement hyperbolic? Maybe. Yet the realities of socialization make the statement hard to dismiss and dangerous to ignore. The same algorithms that provide me with daily knitting content and hedgehog videos make it all too easy for teens (and adults) to encounter white nationalist messaging and toxic representations of marginalized communities that start to seep into the collective unconscious.

Truthfully, social media and online gaming are just a couple of the tools of socialization. In describing the cycle of socialization, Professor Bobbi Harro writes, “[w]e are inundated with unquestioned and stereotypical messages that shape how we think and what we believe about ourselves and others. What makes this ‘brainwashing’ even more insidious is the fact that it is woven into every structural thread of the fabric of our culture.” 1 Socialization into oppressive ways of thinking is nothing new, but there are powerful tools that fit easily in our hands and offer 24/7 access to messages that shape how we think and act.

These messages may be insidious, but they are not incontrovertible. Parents and other trusted adults have an important role in helping model inclusive content and critical thinking as a way to challenge the racist, misogynistic, homophobic, ableist, and other toxic messages with which teens are being bombarded online. As the parent of a teenage boy who spends approximately a gajillion hours of his week online gaming, I am not saying this counter-messaging is easy—but it is necessary. It feels awkward (or maybe I make it awkward), but asking about the content he is viewing and asking for his thoughts and reflections has given us the opportunity to talk more openly and critically. I only pulled the car over the one time when he started quoting very misogynistic online influencers (in retrospect, I recommend a more invitational approach to open dialogue). 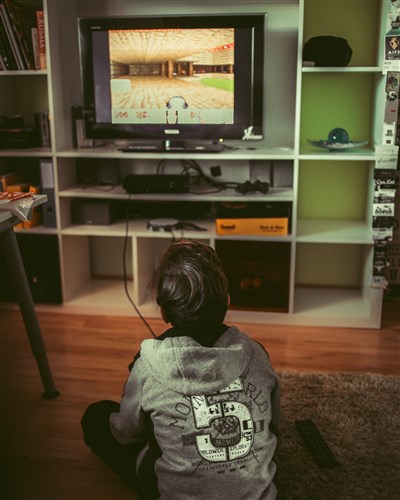 Direct conversations are only part of our collective task. The messages that teens (and adults) encounter at church can either challenge the toxic messages or co-sign them, often through our silence. Clergy and laity have a responsibility to model anti-oppressive language and behavior. It’s right there in our baptismal covenant, in which we promise to “resist evil, injustice, and oppression in whatever forms they present themselves." When Dr. Young’s son says “until something/someone pulls them out,” perhaps we should start to imagine how the church can participate in that work.

In May of this year, 18-year old Payton S. Gendron of Conklin, New York murdered 10 people, most of whom were Black, at a grocery store in Buffalo, New York. A few days after the shooting, a co-worker of Gendron’s parents was quoted saying, "I never thought of the family as racist or hateful.” 2 Considering the power of socialization, it isn’t enough to be “not racist.” We have to be intentionally and explicitly anti-racist if we have any hope of effectively countering the insidious messaging that convinces an 18-year old that Black lives are a threat to his own life or way of living, just by their very existence.

I’m not suggesting that churches need to create specific alt-right deprogramming initiatives. I am suggesting we invest time and energy to build our anti-oppression muscles as a whole.

It may be hyperbolic to say “almost every white middle school boy is in the alt-right pipeline,” but we cannot deny the power of toxic messages that can shape their beliefs and behaviors. Our baptismal vows call us each and all to resist oppression, even when it comes in the words and ways of teenagers. Modeling critical thinking and prayerful action might be the “something” that makes a difference.

1. The Cycle of Socialization by Bobbie Harro
2. What we know about Buffalo supermarket shooting suspect Payton Gendron

Rev. Dana Neuhauser is the racial justice organizer for the Minnesota Conference and the minister of public witness at New City Church in Minneapolis.