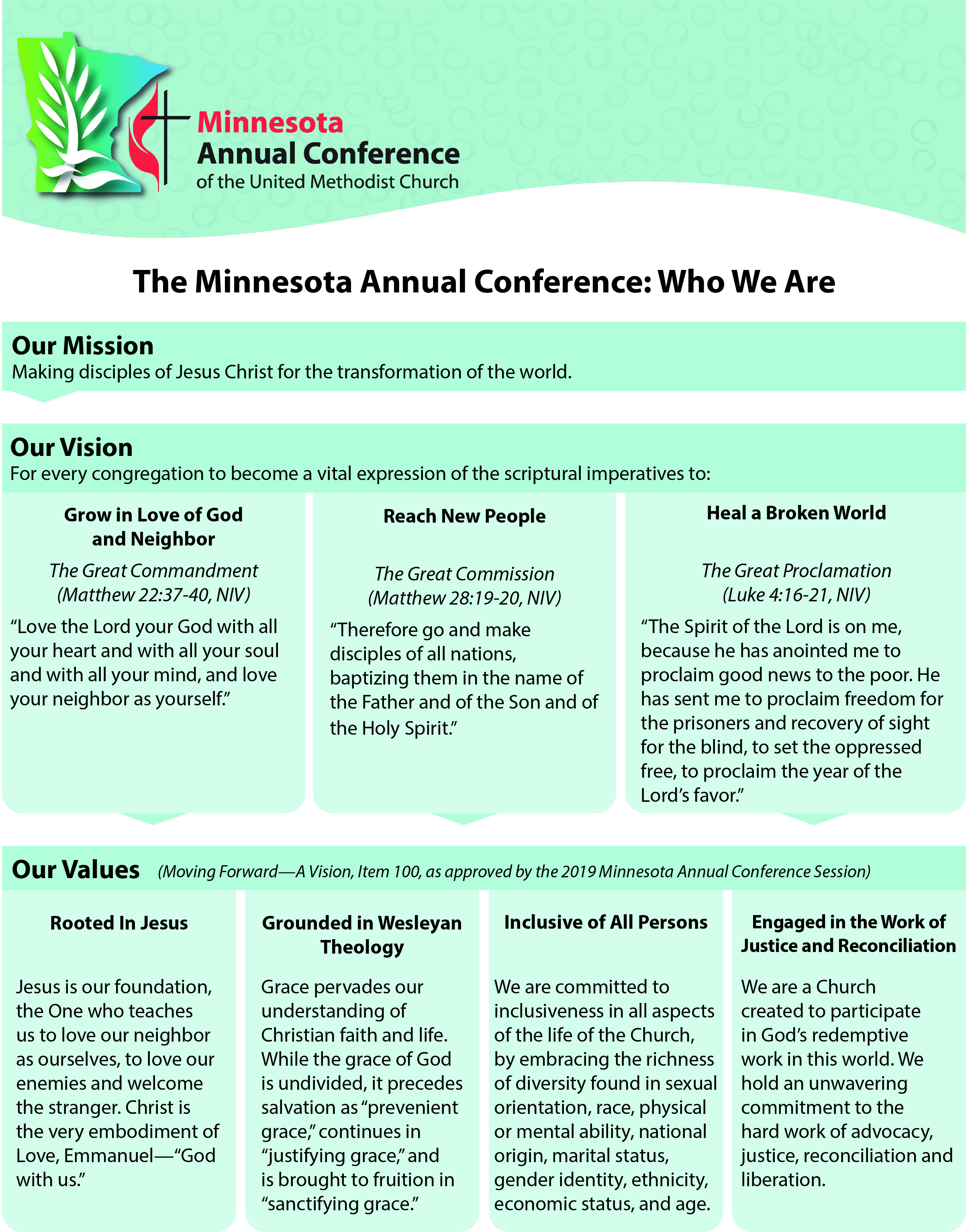 Every year, lay people and clergy come together for an annual conference session, where they determine mission priorities, ordain ministers, hear challenges to grow in faith and witness, and celebrate how they have brought God's love to others in Minnesota and around the world.

In December 2020, the Minnesota Conference Appointive Cabinet released a statement on racial justice and reconciliation that lists specific commitments and actions members will take to acknowledge the sins of racism and injustice and work to transform our Church, our Conference, our communities, and our world into the “beloved” community. Access the statement.

The Minnesota Conference celebrated its 160th anniversary in 2016.

The Minnesota Conference was founded in 1856 though the work began earlier in 1837 with missions to Native Americans and pioneers.

Forerunners of United Methodism in Minnesota include the Methodist Episcopal Church (1856), the Church of the United Brethren in Christ (1857) and the Evangelical Church (1868) and encompassed several language groups in the early years besides English: German, Norwegian, Danish, Swedish, and Finnish. Today we include Korean, Hmong, and Spanish speakers.

Early outreach focused on establishing congregations but also educational institutions, principally the founding of Hamline University in 1854. Beginning in the late 19th century and into the 20th, we established many mission projects in our state, country, and the world.

Our conference archive documents and makes the full story available.

Contact Director of Communications Christa Meland (612-230-6132) if you seek more background information on the Minnesota Annual Conference. If you are a reporter on deadline or have an urgent matter outside of regular business hours, call her on her cell phone at 612-599-2023.

Who We Are Menu
print this article